We left on Tuesday around 11am for Hawke’s Bay, which is about 7 hours away. We loaded up the horses (6 in one truck, and 4 in the other) and headed off. We got about half an hour from home and we stopped for fuel, and to reorganize the horses on the bigger truck and Lesbos was causing some problems. Lesbos is a horrible traveller and this week definitely was no exception. After we got her relaxed we were on the road again. We travelled 4 hours to Taupo, where we made another pit stop and then finished off the last 3 hours of the trip through two major mountain passes. Definitely did not sleep much through there, for two reasons: the scenery was amazing, and also petrifying all at the same time. There was one bridge that was very VERY high up, with a straight drop onto rocks and a huge river- with little to no guard rails and a decently thin road busy with other trucks and traffic. 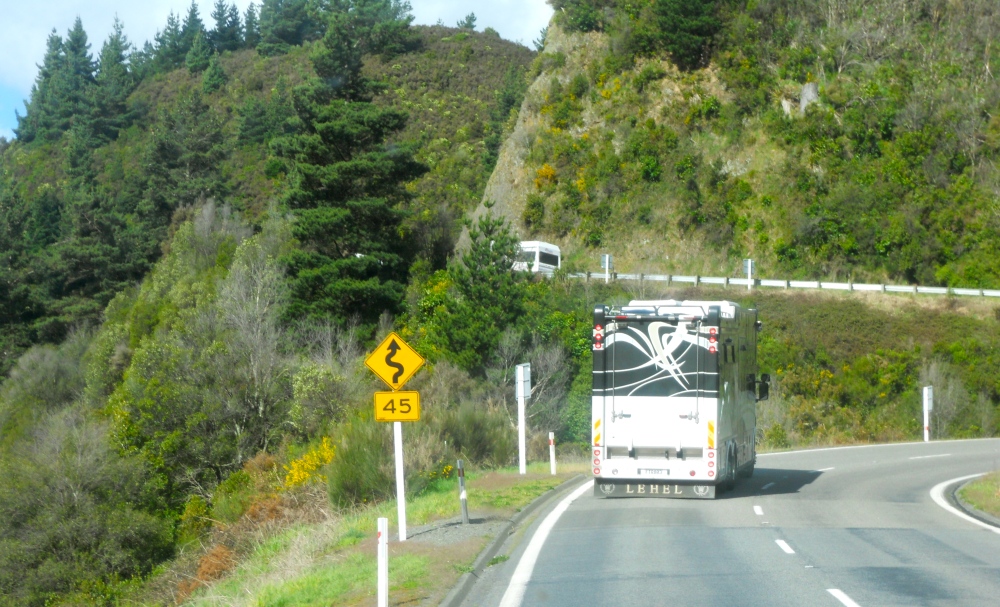 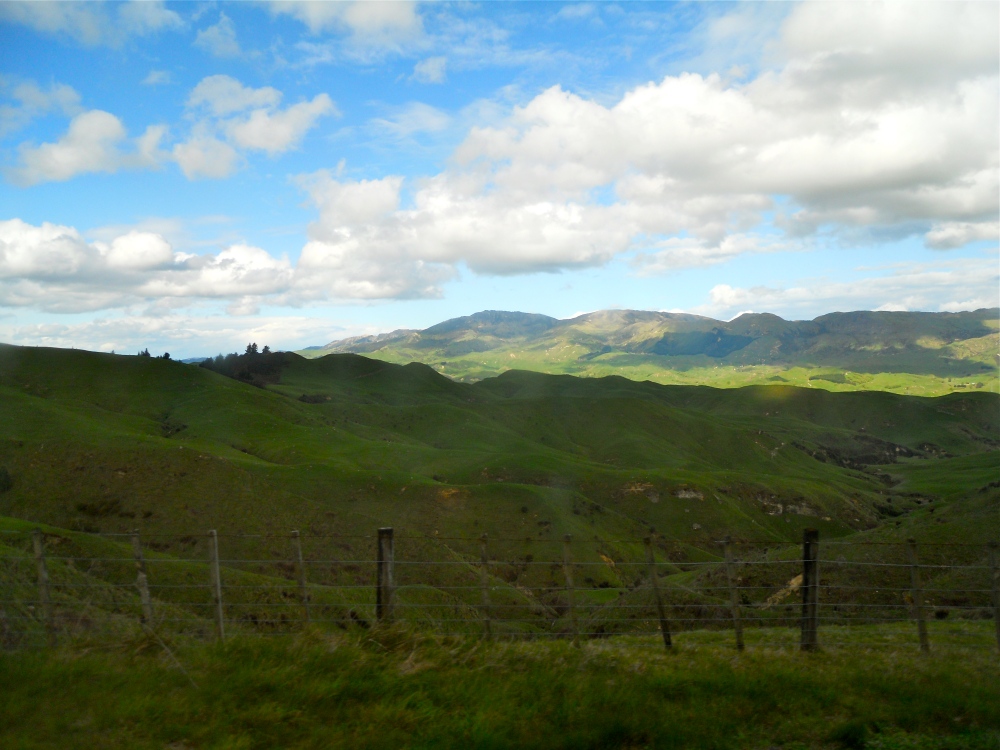 We got to the show grounds around 6, and set up shop. We had 5 horses with indoor stables, and 4 in covered yards. And we were very lucky to have the stables closest to the rings- huge blessing. I set up my bed in the back of the horse truck, after it had been cleaned out from travel. With two sleeping bags, two sweaters, and sweat pants for pjs- I was golden for the night. 5:45 am came quickly (as it usually does) and the first day of showing began! After all the horses were fed, watered, mucked out, and the feed dishes washed I began studding (caulking) some of the first horses to go. Then they were tacked up, brought to the ring, flatted, warmed up over fences, and went into the show ring. All the horses went amazing the first day- 9 out of 10 had double clears! After studding, unstudding, tacking up, untacking, putting blankets on and off, setting jumps, fighting with fidgety horses, and dealing with a rather pushy 5yr old stallion (“rather pushy” is the understatement of the year) both Neve (head groom) and I were done for the day- after feeding, watering, tucking in, and hauling everything back to the trucks of course. Everything ran very smoothly, and there wasn’t really any chaotic moments. It really helped that we were so close to the rings.

The next day started just as early, and we had 12 rounds to prepare for. Same routine as the day before, only this time the rounds were close together and a few of the horses were scheduled to go basically right after one another in their classes. The pushy stallion from the day before got pushier, and caused us to lose about 7 studs- which made our plan for the day get a little bit crazier as we had to take studs out of one horse and put them in another before they went into the ring. Needless to say we were working very fast. Again, all the horses did very well and Neve and I were quite ready for when the day slowed down and we could enjoy the delicious burgers that the food stand sold (best thing I’ve ever tasted. Kiwi burgers rock!!).  I met a few people while standing in the middle of the chaotic warm up ring who noticed Kyle’s accent, and then my accent and again had absolutely no idea where Manitoba was. It’s quite hilarious watching their expressions go from “Oh, Canada! Where abouts?” to “Wow, I have no idea where that place is” to “Oh! Well, I’ve been to Kamloops- is it close to there?” in about 10 seconds. Nonetheless, everybody is very nice and one lady even said she planned on googling MB when she got home.

The final day rolled around, and we rolled out of bed with as much vigor as we could find in those early hours. The weather was fantastic all week too- we drove away from the rain (It poured at home the whole week) and only got a few showers and one thunder storm after the show day was finished. The nights were chilly, and the mornings were freezing- but all in all, great horse show weather. The last day was definitely the nicest. Sunny majority of the day with a nice breeze. More studding, unstudding, ringside watching, jump setting, tacking, untacking, braiding, unbraiding, brushing, walking, etc and then the day was coming to an end. The horses were all exceptional and did very well in all their divisions. LC Rodeo Drive was double clear the entire week! After everybody had been skipped out one final time, wrapped, and booted up- they were loaded back onto the trucks and we set off for the seven hour trip home. Neve was in the big truck to supervise Lesbos, and I was with Kyle again in the smaller truck. Kyle and I got about half an hour out when we got a call saying the Lesbos was causing some problems. So we turned back and found the other truck on the side of the motorway and four of the six horses already unloaded and (surprisingly calmly) eating grass on the side. Apparently Lesbos had managed to fall over and basically lie down in the truck- while Shakira, the next horse over, stood there not even caring about anything other then looking at the pretty views outside her window. Lesbos, for some reason, doesn’t know how to balance herself while travelling in the trucks. Everytime the truck shifts gears, brakes, or goes around a corner/roundabout she lets herself fall into the partitions. She is fine once you get going at a steady pace, but stopping and starting are definitely not her favourite. We ended up taking the horses in Kyle’s truck back to the show grounds, while I held two horses on the side of the road along with a kind passer by who held the other two. Shakira and Lesbos stayed standing in the other truck during this ordeal. Once the stallions and two of the geldings were back at the grounds, Kyle came back and we switched Lesbos and Shakira over to the smaller truck while Jolie and Baboon had been picked up by two other trucks that were passing by and offered to transport them closer to home for us to allow more room and less hassle in our trucks. We went back to the show grounds, Neve and I standing in the back of the truck coaching poor Lesbos through the short drive. She was much more relaxed in this truck- whether it was the difference in driving styles, or the smaller area. We ended up putting the two stallions, two geldings, and two mares onto the big truck, and just taking Lesbos and Shakira on our truck for the ride home. Neve came with us, and stayed in the back keeping a close eye on Lesbos for the first few hours of the journey. She quickly settled down and we got home around 1am.  We had planned on being home around 8pm.. but plans change right? Especially when horses are involved. Always when horses are involved. Lesbos only had a few cuts on her hip, and a slightly swollen knee out of the ordeal- thankfully- and doesn’t seem to be traumatized. She hopped on and off the trucks like a champ during the whole thing.

The next morning began at the regular hour of 6:30, as we had clients coming to see horses at 8am. No rest for the wicked! I washed out the inside of both trucks while the others mucked out the barns and prepared horses for clients and later on Steve and one of the other grooms made the two hour drive to pick up the horses that went with other trucks. To be honest, I’ve lost sense of time. It takes me a while to figure out what day it is most of the time. I realized today that I’ve already been here a month and a half! I’ve received a lot of positive feedback about how I handle the job, which is good. I’m sure thankful for the skills I’ve learned from my own riding and showing- all those years dragging myself to 4H meetings and events are finally paying off. This job is definitely not for the faint of heart, but I’m starting to appreciate what it’s teaching me more. I actually love the fast paced days spent at the horse show, which doesn’t really surprise me. I’ve always been one for thriving on going flat out nonstop. I’ve also noticed a big difference in my riding since being here. It’s definitely improved, and being able to sit on different horses almost every day is definitely a factor. I’m not doing much more then basic flat work, but I’ve learnt how much each horse can differ in style and how to adapt to those styles. Each one learns and functions in a different way, just like people. My back/hip hasn’t really been appreciating all these lessons and although I survived the show fine I can tell I’m starting to push it a little. Because I’ve been going full speed the past few weeks I haven’t been able to stretch as much as needed and that’s starting to bite me in the ass. The amount of riding I’ve been doing probably doesn’t help either.

I just looked at the clock and saw that it was 9:30pm- way past my bed time. So I’ll leave it at that for now and go stretch. Here are some pictures from the show! 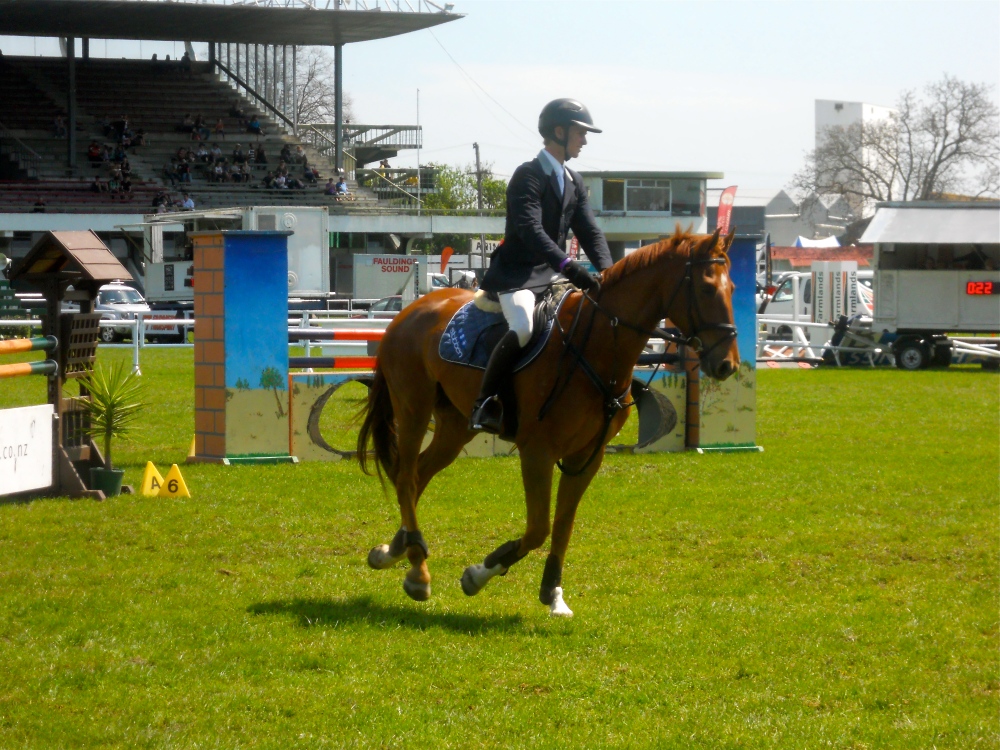