A thought popped into my head today while I was trying to decide between the $1.89/lb apples that I wanted, and the $.99/lb ones on sale that looked half as good (I picked the cheap, bruised ones), and again when I was watering down my cranberry juice (that I got on sale)) as to make it last longer,  that students lead quite interesting lives.  And as my roommate just pointed out, in between mouthfuls of carrot, that her supper is just that. A carrot. “With dirt on it”.

“University doesn’t test your knowledge and the amount you have learned, it tests your stamina, study skills and sanity. What will you give up to keep up?”

That quote makes it sound like we live in the Hunger Games trilogy.

It’s not all that bad. Usually. Most of the time.. Actually, we do tend to be hungry a lot… But it definitely is an acquired lifestyle, between study sessions turned into tv show marathons, screaming “I don’t waaaaannnt to studddddyyyy”, flash cards, notes, bus passes, cramming information into your head (even if you don’t understand any of it), debating which subject needs your attention most based on the due date and complexity of the assignment, writing blog posts, yelling at printers, and Facebook.

Every year we enter into our respective schools, quickly spend all our funds on books, of which 50% of which are actually used in classwatch our care for personal appearance dissapate, wish we were at Hogwarts, procrastinate, somehow get through midterm season- relax, panic, write finals and finish final projects, anxiously await marks, and repeat. Public naps happen often. There are rooms at our school where every person inside them is napping. It’s like that scene from Inception where all you can hear are people sleep breathing.

I’ve had friends who aren’t in school ask me what movie I want to go see, and I’ll have absolutely no idea what is playing, or what has played for the past few months. The outside world doesn’t exist to a University student, especially from 2nd year onwards, and for those having more then 4 classes. We get our news from Facebook, our ideas from Pinterest, and as a result lose a lot of sleep on news and ideas. 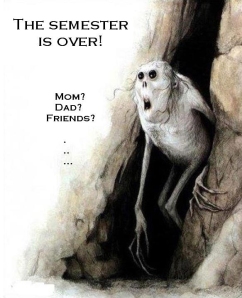 Grocery shopping is put off too long, at the same time as cleaning the fridge is put off. I think there is still left overs in our fridge from the first week of school- which I am now afraid to touch. There a numerous empty granola bar boxes in the cupboard, which I still reach into every morning hoping that there is one in there. We learned quickly that IF we buy fresh vegetables, putting them in the crisper drawer is NOT the best idea. Because they get forgotten about. Then, 4 weeks later, we are left with a very unspeakable things that are not crisp, or fresh. Whether or not you are a vegetarian, sometimes that is what you’re diet turns into. Let’s face it. Meat is expensive, not always on sale, and time consuming to cook. Sidekicks are a fancy meal, because they are the closet thing to a complete meal you’ll be eating all week. Whenever I do find myself relaxing into thinking I have free time, it is quickly overcome by a fear that I’ve forgotten something. In lieu of having a can opener, I’ve been know to try desperately to open a can of soup with a screw driver (it doesn’t work, by the way). I’ve also been known to bribe myself through papers by making the deal of one paragraph, 5 minutes of nap time. Sometimes that same bribe gets me through 3 hr lectures. Listen for 5 minutes, sleep for 5.

If you want me to go somewhere, mention free food, and I’ll fit it into my schedule.

We live in a world where skipping class is reasonable for two reasons- being extremely sleep deprived, or staying home to do homework for said class. No matter how excited you get over a great midterm mark, beware, because the higher the class average, the harder the final will be. Do not try and communicate with a student who is pre, mid, or post- midterm or any other exam. Never underestimate our ability to write a 15 page research paper the night before it’s due, and still somehow get a decent mark. It IS possible.

I’ve found that school and travelling (my kind of travelling anyway) have a lot in common. The views are certainly less spectacular, depending on how you define spectacular, but there is a the similar money and food scarceness, and a equal amount of dirty laundry.

I start somewhere around the 3rd phase..

However, there is not as much panic, while travelling, as there is as a student when you forget your pencil case at home and you have 3 lectures and a lab to get through on no writing utensils, protractors, calculators, or rulers. There is, though, a great deal of wondering what you’re doing, where you’re going, and various other universal questions, in both areas of life.

I can go from feeling like I’ll never be out of school, ever ever ever, to holy sh** I’m already half done a degree in 2 seconds flat. Same amount of time about that it takes me to open and close the fridge in the morning and see that I have no juice to water down, therefore I’m stuck with just tap water.

As students we learn what each prof wants to see from us, and how to adapt to their varying personalities. Know which classes to come wide awake for, and well rested, and which ones are okay to maybe nod off for a few minutes in the middle (they do exist). Mix those two up though, and you won’t know what hit you come exam time. Some like to fool you into thinking they teach an easy class, and then test you on everything they said, posted, and thought. 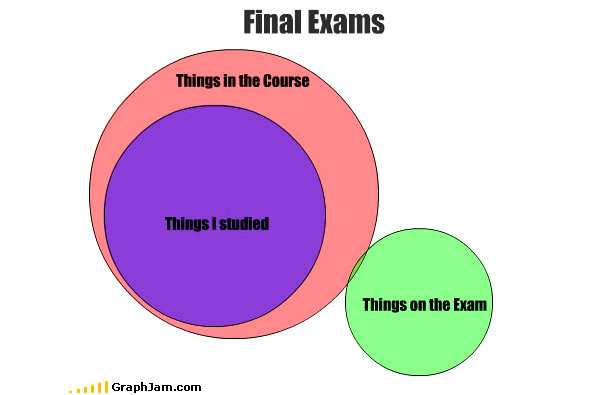 **Holds up text book full of post it book marks* “Look at it, isn’t it pretty?? It’s like a rainbow”

Somehow, no matter how hard we will ourselves, we cannot help procrastination. Sometimes we procrastinate in ways that indirectly could possible sort of maybe relate to our studies. Grey’s Anatomy episodes taught me some stuff about Anatomy.. It has anatomy in the title anyway. And I’ve also convinced myself that gym time is equal to study time. But by some miracle, we make it through. We don’t melt into the puddle we would rather be come exam time, usually, anyway, and our brains sometimes help us out with exams, but even when they leave us as blank as the answer sheet- we come up with something and live to write another paper. Then, by who knows what cause, we come back for another semester. The will to make something of our lives is greater then the will of Facebook. In the long run. Procrastination does eventually lead to getting things done. In the most stressful way possible, but they do get finished. Being a student would be just too easy otherwise. And, those hard earned marks wouldn’t feel as good if we did the work and had no stress going along with it. Right now I’m wondering how I managed to write 1300 words this quickly, when it takes me a week to do the same for something much more important.

I’ve always held the belief that we learn from every experience. From every person we meet; coaches, friends, family, teachers, to every sight we see; a busy cross walk, a sunrise, rush hour. Sometimes it takes some tough love from the universe for things to sink in. Sometimes it takes years to find what we didn’t know we needed.

For athletes, there is always one coach they will say taught them the most- or a fellow teammate or opponent.  Something that stuck with them- good or bad, bad or worse- the experience leaves a mark that becomes a part of who we are. For equestrian athletes, there is lessons learnt from each horse we ride- and always the few extra special ones that stick with us.

I’ve personally had many different coaches, teachers, horses, and experiences-good and bad- that have left their mark on me. I can’t honestly say one has shown me more than another, or that one holds more value, because that would be going against what I stated earlier. But certainly there are more experiences that come to mind at different points in life.

The phrase “tough love” definitely comes to mind when I think of many experiences I had with one of my most memorable equine teachers, Flash. I can’t count the amount of tears this horse made me cry. She was frustrating, and heart breakingly stubborn, all while being talented, beautiful, and full of heart. From day one she made it clear that if things were going to go well, it was because she decided they would. She was a complete jigsaw, until you figured her out- cracked her hard exterior- and knew how to read her. If you were patient, she’d give you clues. Weeks of frustration, and then she’d give you an inch. Any of you who have rode or worked with a “chestnut mare”, you’ll know exactly the feeling I’m trying to get across. She taught me how to be a better loser, and as a result a better winner. She showed me that things are probably not always going to work out exactly to plan, and that that’s okay, because sometimes what you really need is a step in another direction anyway. She taught me how to laugh at myself; horses keep you humble- afterall. She gave me a determination that has gotten me through things that could have easily brought me down. It wasn’t always a case of getting off in a better mood with her, but, I always ended up with a different perspective. Because of her I ended up on the path that brought me my current mount, Willard, who has turned out to be a wonderful partnership as well. And the right one for where I’m at.

With the year I’ve had, it would be easy to look back on the years Flash and I were abusing trail class patterns and say that was nothing compared to this. But it’s really just a statement of how much I’ve grown from those experiences, and been able to handle the new ones. There were competitions with her where she would have me in tears from the halter classes until the last class of the day. And yet we kept going into the ring, both stubborn enough to keep pushing each other, and at the end of the day our bond was even stronger then before. 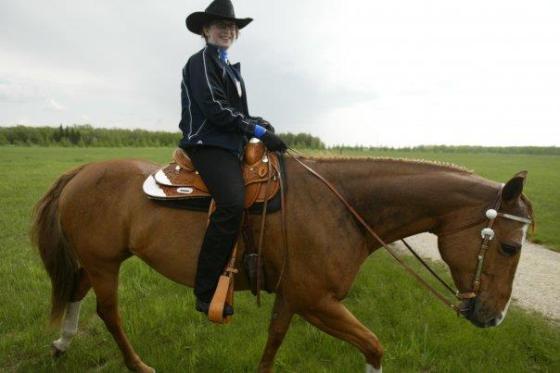 It was through her that I proved to myself that even when things don’t work out, even when nothing goes right- pushing through that brings you strength to deal with anything. Through this horse I began using the phrase “If I can do this, I can do anything” when things got rough, as they have and as they will. Nothing easy is worth having. Sometimes the best memories are made during the toughest times. It does nothing to compare yourself to others, because even the best have bad days. Be humble, be determined, and open your heart to everything you can. Everybody, everything, everyday has something to teach you.

RIP Flash, and thanks for all the tough love you gave me. 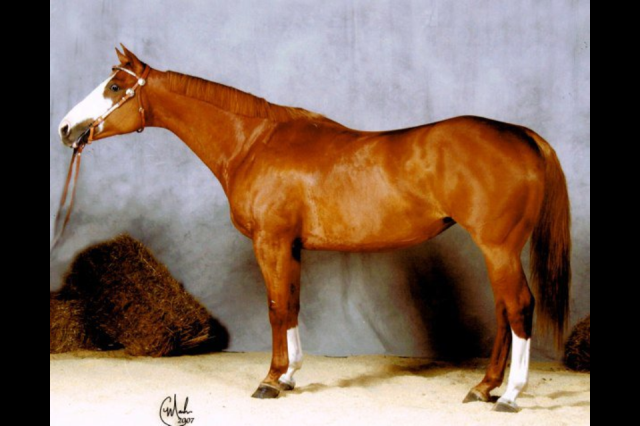 Photobombed by the Queen 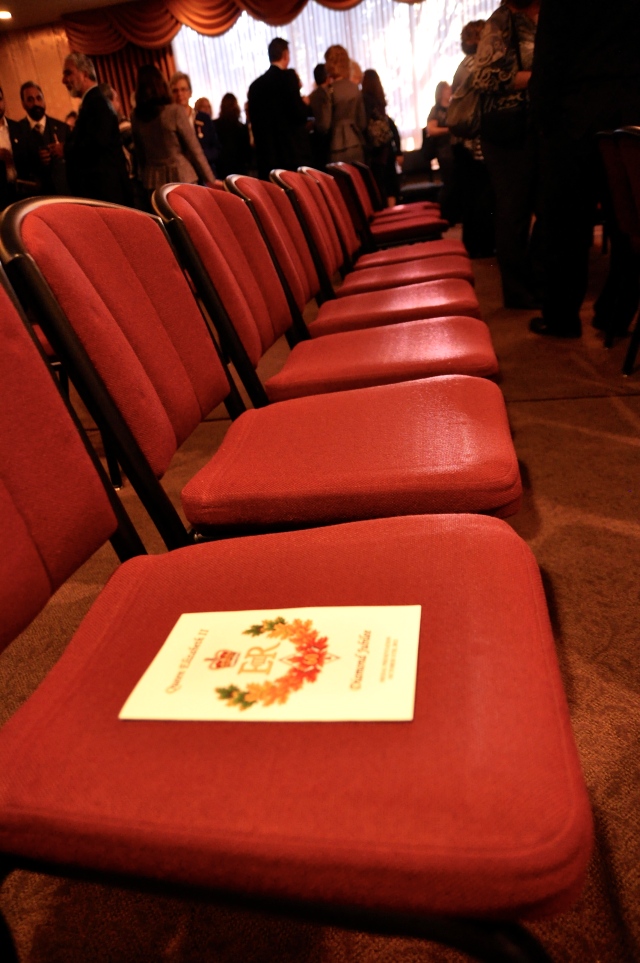 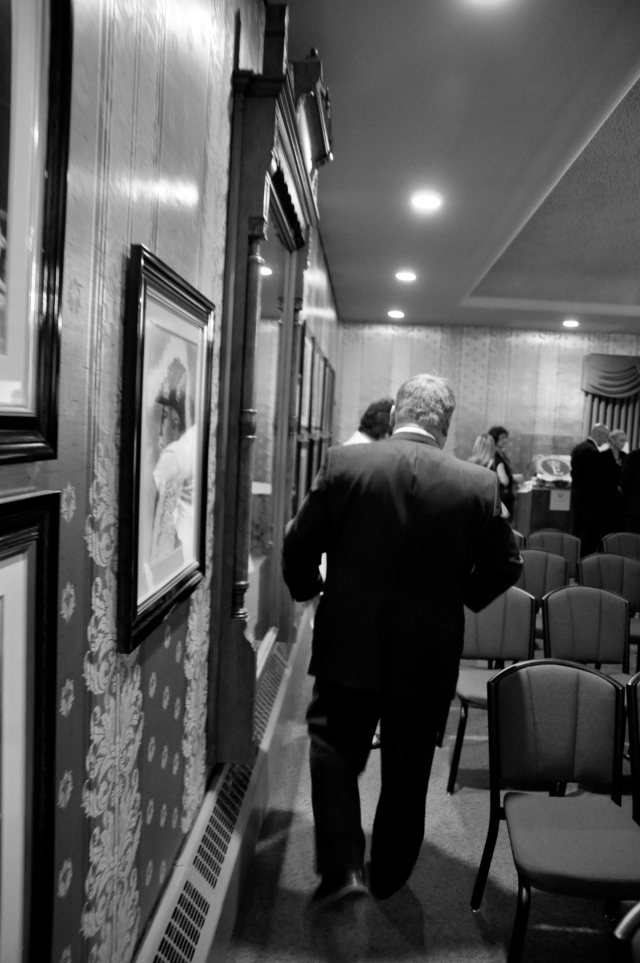 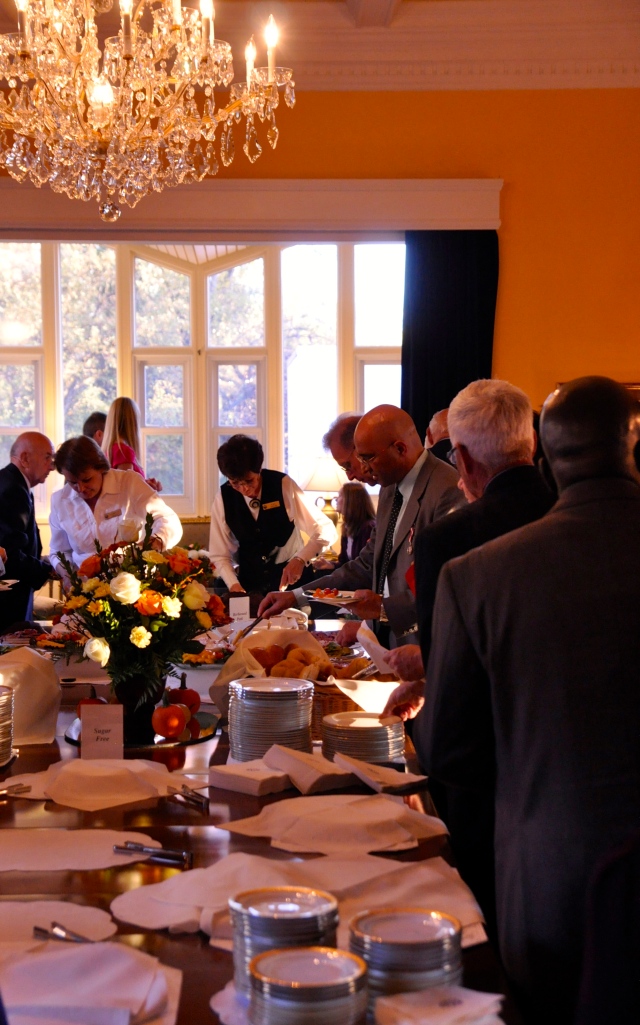 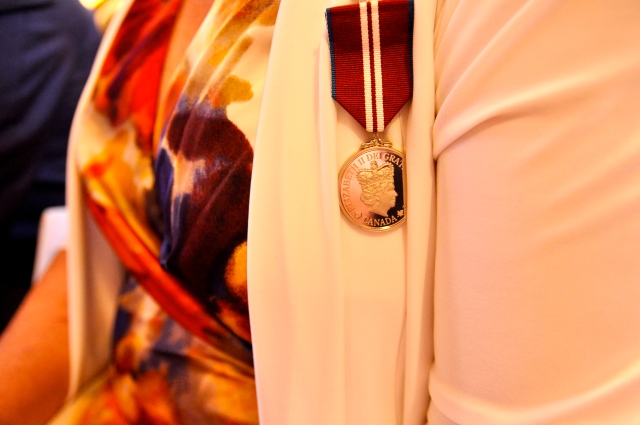 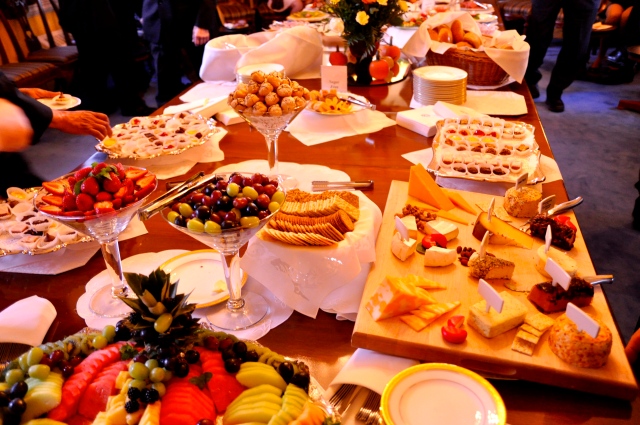 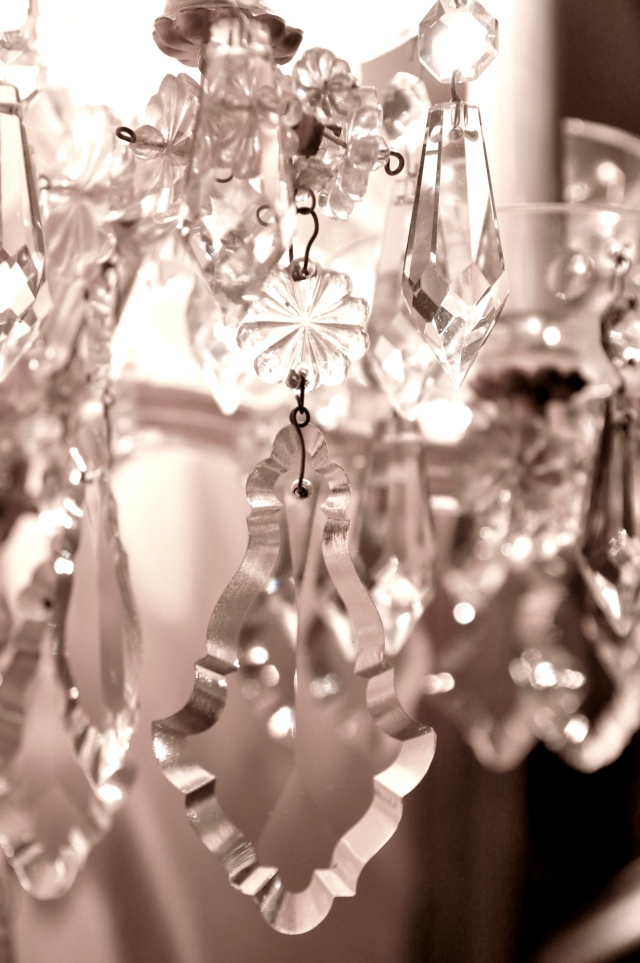 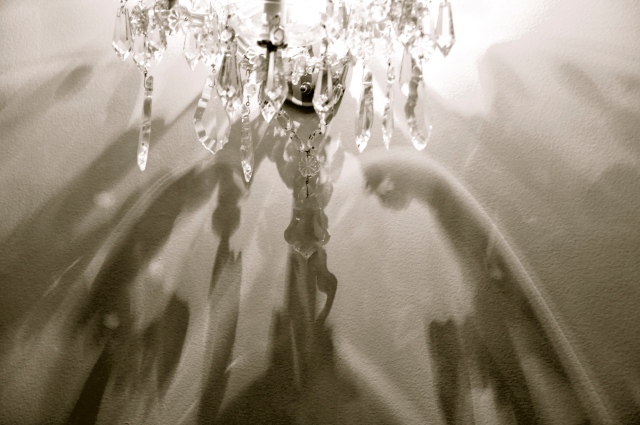 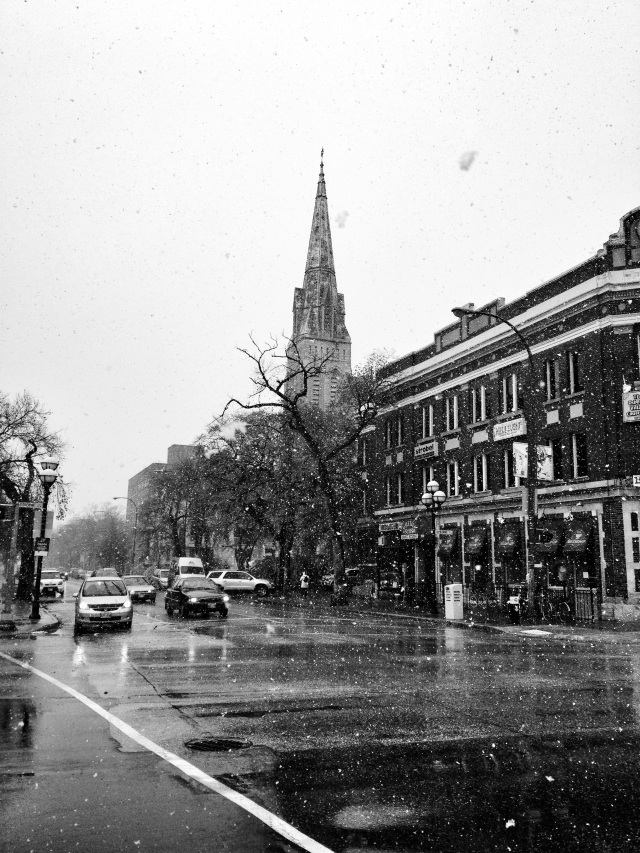