Well, it started out kind of similar. Actually it started out worse. Monday and Tuesday while I wasn’t as fatigued as I was after week 1, the nausea and abdominal pain/ flu-like symptoms were back with a vengeance. This is pretty much exactly how the ND said it would go. After wednesday though- things started feeling normal and this week I’ve really figured out how to eat right with what I can eat. What a difference!

If you’re just tuning in, this is week 2 of being on a very restricted diet (no gluten, dairy, yeast, or sugar), and of making the switch to a paleo way of eating.

It’s pretty safe to say that over the latter part of this week I am very much in love with how I feel! I have so much energy! It’s energy that lasts all day, even through my crazy non stop weeks! The food I’m making tastes amazing, and I’m really starting to get a routine down for cooking and meal planning (even in the minimal hours I have to myself in a day). I really thought it was going to take adding an extra couple of hours in a day to make this work- but with all the extra energy I have lately it hasn’t been a problem to make real meals throughout the week.

Besides the energy, I’m in a better mood a lot of the time as well! I only had one frustrating moment this week where I got a little overwhelmed while out for supper, first at Hermano’s, where everything on the menu looked so, SO, good- but because of my numerous restrictions currently I could basically have none of it. That turned around quickly when we found a place called Boon Burger down the street- which is a vegan restaurant. Never in a million years would I have seen myself enjoying a vegan burger (I had the bombay talkie burger on a quinoa bun), but it was super yummy! I mean, I’m still questioning what “bacun” is…. but past that I was pretty impressed. I’ll definitely be revisiting Boon again. Their sesame potato fries are to die for! As well as going back to Hermano’s once I can eat a little bit more of the menu. 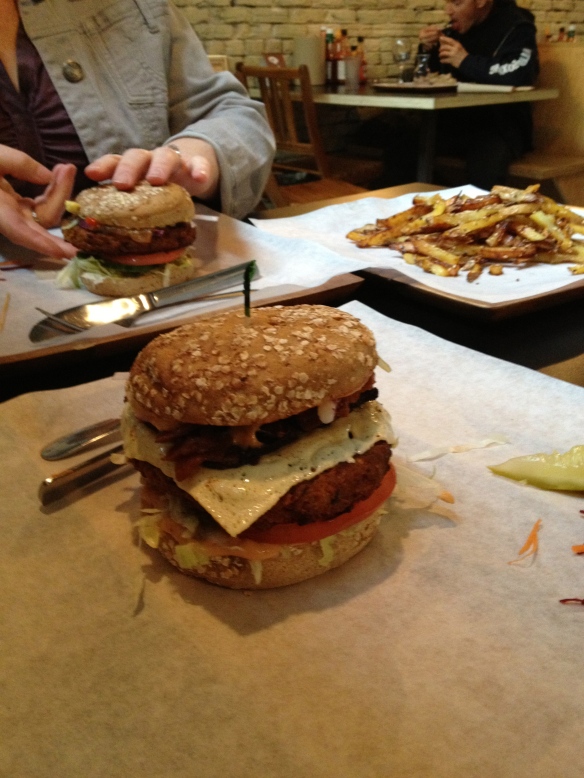 The most exciting thing for me, again going back to the energy I have, was this weekend. Friday I had my first coaching session with the Graysville 4H club which gave me some good insight of what I’ll be working with over the next few weeks. Saturday I rode two horses- Felix in the morning (who was amazing, and I am so excited to ride more of him this year!), and then took Willard for a long 4 mile hack where we dealt with some of his grumpiness in a very productive way (serpentines for 2 miles will make any horse a little more focused and responsive), and then went to the gym and had a great work out (Deadlifts super-setted with core exercises anyone?)- came home from that day feeling like I could still go out for a run.

Today (Sunday) I worked the afternoon at MORfit and then attended a friend’s choir concert. After that I headed out for a run which turned out to be the best run I’ve had.. possibly ever. 5 miles, absolutely pain free (a month ago I could hardly run a mile without paying the consequences of not being able to walk for a week- stupid ITBS) at a pace that was 1:30min faster then I’ve ever run. I’m pretty sure I smiled for most of the run. I just feel so good! 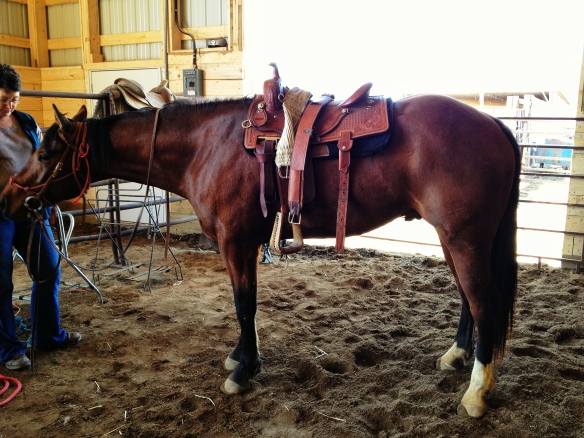 Felix! Cannot believe he is 3 already!!! 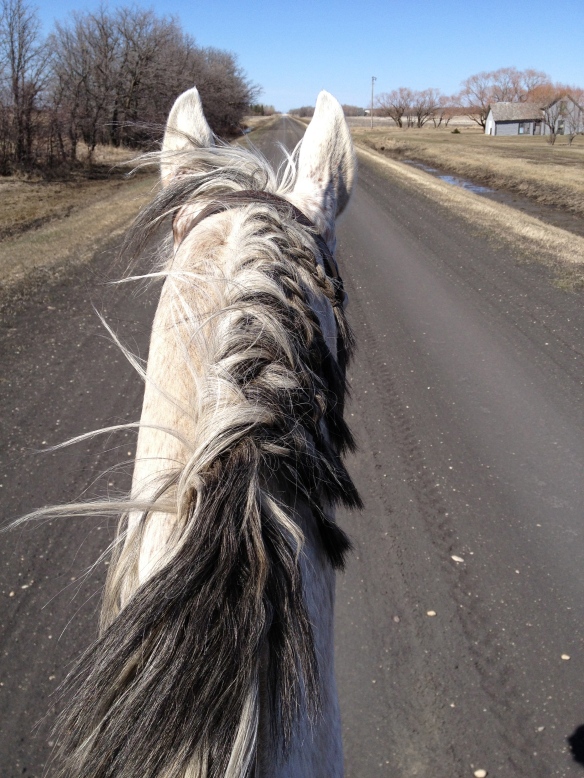 Here’s to hoping that week 3 sees some of the same results!