Another week has disappeared somewhere. Where does the time go?

Classes started this week- thankfully I only had time to take one. I can promise you that if I wasn’t working full time I would be in more. However the fact is money needs to be made and this one class fits in perfectly with that money making schedule. Even more awesomely a good portion of the class takes place in the gym practicing different lifts and exercises- which means I can coordinate my gym time with my brain time.

So this week went by so fast I can hardly remember most of it. Like seriously. Right now, though, sitting here working on this post- I feel like I’ve had three weeks in one. I’ve certainly done enough to cover more hours than have past. Monday after work I took Will out for a long hack down the dirt road to try and burn some of his energy. I’d guess we went about 4 miles, half of that either trotting or galloping, the other half walking or trotting serpentines in another attempt to regain his attention. Thoroughbreds. Some days. Tuesday I made a mad dash from the office to the barn, did a quick ride in the ring focusing on bending and lateral work and then another hack down the road before getting back downtown for class where I stayed until 9:30. That was a bit of a crazy day. Wednesday brought some relaxation time with Mom where we were treated to manis, pedis, and facials (new favourite thing). Thursday I decided that trying to make the barn and back before class was not worth it so instead I spent an hour in the gym doing sprints- before my 3 hr lab… in the gym… Writing this down I am re-considering whether I’m sane or not.

Friday was probably my favourite day this week (besides facial day, obvi), even though it snuck up on me AGAIN. Fridays are the days I drive like crazy to get out to the country to coach the local 4H club. Last week was a bit touch and go as it was week one for all of us- and not all the kids were there, and the horses were feeling spring. This week we had pretty much everyone, and I was able to split them into smaller groups. This was a lot more cohesive to progress then trying to do 10-15 kids and horses at once. That would be insanity. Both groups this week did a similar lesson plan- what I have named the Y exercise. For pretty obvious reasons. It’s in the shape of a “Y”. Original. I know. Anyway. I’ve done this exercise with one of my previous coaches, except with jumps and at a higher speed. The premise is having the horse and rider walk into the “Y”

while the instructor is standing at the top of the Y. As the pair walks into the stem or chute or whatever you want to call the base of the Y the instructor indicates a direction for them to turn (I was mean and waited to the last reasonable second). The rider is then responsible for directing their horse in a controlled fashion out of the exercise in whichever way indicated. If the instructor doesn’t signal left or right that would mean continue walking forwards- which more than a few of the kids took as a opportunity to try and run me over.. classy guys- love you too. If I hold both my hands up, that obviously means stop or halt. As I expected they caught onto the basics of this at a walk and then a jog pretty quick, so, for an extra challenge I suggested they could try doing the exercise with no hands- only using their legs to direct their horse. Predictably many of them, when asked if this would also be simple, said “yeah I can totally do that, no problemo coach!” (Okay they didn’t say it with that enthusiasm, but I take it where I can okay). Also predictably, that’s not how it went. (mwahaha). It didn’t take long for them to realize that their legs weren’t as effective without the pull of their reins. Point for me. Shwing.

My goal with this exercise was to start them thinking about what their body is doing during different phases of riding. Because I thoroughly enjoy pushing my students, some may call it being mean (lol), I randomly through in a stop sign for them when they were working with no reins. Earlier in the lesson we had discussed how shifts in our body can help to influence our horse’s speed/direction/balance etc. So I wanted to see if they had been listening when we talked about a shift in our body backwards will signal to the horse to slow down or stop (when in conjunction with other aids of course). Well, they were listening all right. When I signalled stop- more then one of them definitely used their body weight to try and get a halt. It looked like they had pulled the lever on their recliner- legs stretched forward, leaning back, arms to the side- like it was the hour after thanksgiving and they were enjoying a post-feast chill out. A little bit over the top… apparently we forgot to talk about subtle changes in body position. I couldn’t help but laugh. It was an excellent chance for us to talk about what subtle means and why we don’t want to launch ourselves backwards in an attempt to stop our horse.

Many of these kids have no interest in competitive showing, some would like to do rodeo, others, and I quote, “just want to run”. Some are only there because their parents put them in 4H and they have to participate. All of that leads to them not really understanding how basic equitation/horsemanship skills are going to help them in whatever they are doing with their horses. You think you can run a barrel pattern with no leg control? No balance in your horses body? In your body? Some of them have been relying on spurs because their “legs get tired when they don’t wear them”. Luckily those who have been doing that are a bit more experienced so I fully plan on taking away their crutch and getting some muscle burn on. One of the parents after that lesson came up to me and commented that I was really emphasising working on legs. And she was right, that does seem to be an emerging theme. After talking to each individual and asking their goals, many of the answers were control and getting their horses to respond better. Where does that all stem from? The rider’s body. What is the base for the rider? Their legs. One of the best things for young riders, I think, is teaching body awareness. Knowing what your body is doing, and where it needs to be will clear up a lot of confusion between you and your horse. Communication is a lot easier when each individual knows where they stand.

Another challenge I threw in for those who were doing the no reins things pretty well was backing through the exercise- which was a pretty difficult thing for almost everyone. Backing up their horse for 4 steps in a straight line was difficult, let along through poles in different directions. But I have to give them all credit, they all tried it out and didn’t give up when it got hard. I could see them working so hard to listen to the guidance I was providing and put words to action in the saddle. One girl, who was only on her second ride back after coming off rehab for a broken leg (she is still trying to get the strength back on one side but is so determined to work through it and ride while working on her rehab), even tried the backing- which I didn’t expect at all, knowing it would be extra challenging for her not having nearly the same strength on her recovering leg. Nonetheless, she gave it a shot- and predictably the horse made a nice backwards circle in the direction she didn’t have as much leg power. She tried it again and again- each time taking a little more from the tips I was giving her from the top of the exercise. After 4 or 5 tries, when everyone else was through and done- I looked and saw her giving it one more try- this time she did it PERFECTLY. And the look on her face when she got through the end of the “Y” was probably the best thing I’ve seen in a long time. That look of accomplishment.

I hope she felt as proud as I did!

Saturday I rode both the boys again, Felix was great as usual and Willard and I finally were able to do course work without pretending it was race day. Not that he would know what that is. Unless it’s a innate TB things. There were a few jumps throughout our courses that were absolutely breathtaking. Charlene even exclaimed after them that they were phenomenal. Pretty inexplainable, but I’ll try anyway. Willard would leave the ground at the perfect place and I would feel is neck and shoulders round up to me while his back followed the arch over the jump. There was an extra second at the top of the arc where time just stood still and you could feel what perfection was. Literally breathtaking. If any of you other riders reading this have felt that, you’ll know what I mean. It’s those small moments that keep us hungry for more. Those are what get us addicted to this sport.

Sunday was spent with the Rance clan for a Mother’s day breakfast, after that the day was pretty straight forward. I went to work at the gym- where I actually got to do some training with a client, which was exciting! Unplanned, but young kids came in (their mom had just bought them memberships), and were trying out the gym. My boss soon realized that they had no supervision and just asked me to keep an eye on them while they were there as he was off for the day. They quickly came to me with questions and it turned into me working with them for about 40 minutes or so going through different exercises and keeping them at safe weight loads. It was so much fun!

Now here we are, another week is about to start- so I’ll leave you with some pictures of some yummy things I made this week, and me dead-lifting my PR of 170lbs! 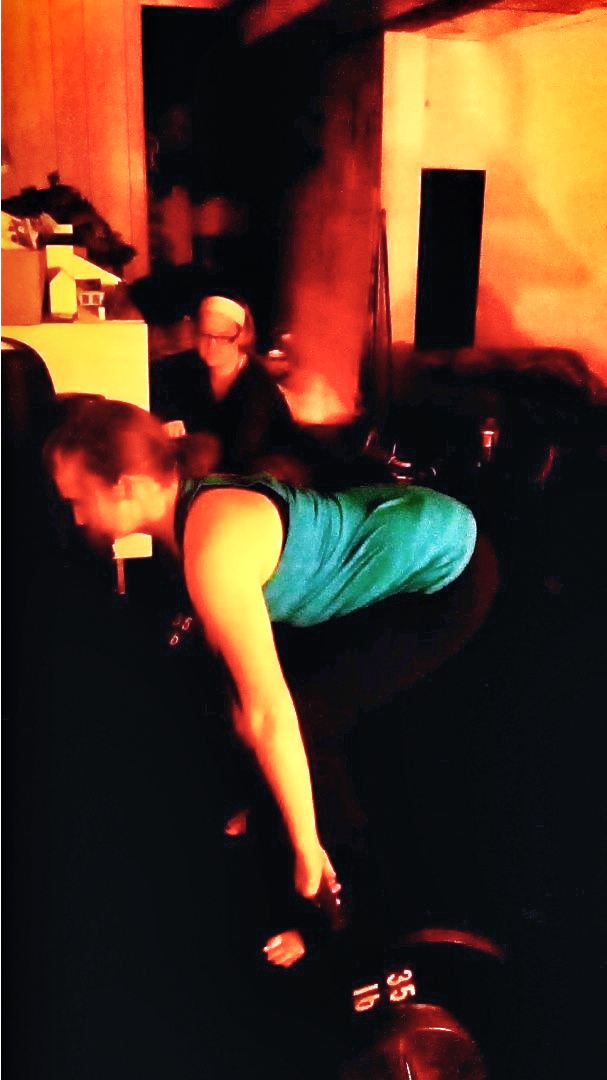 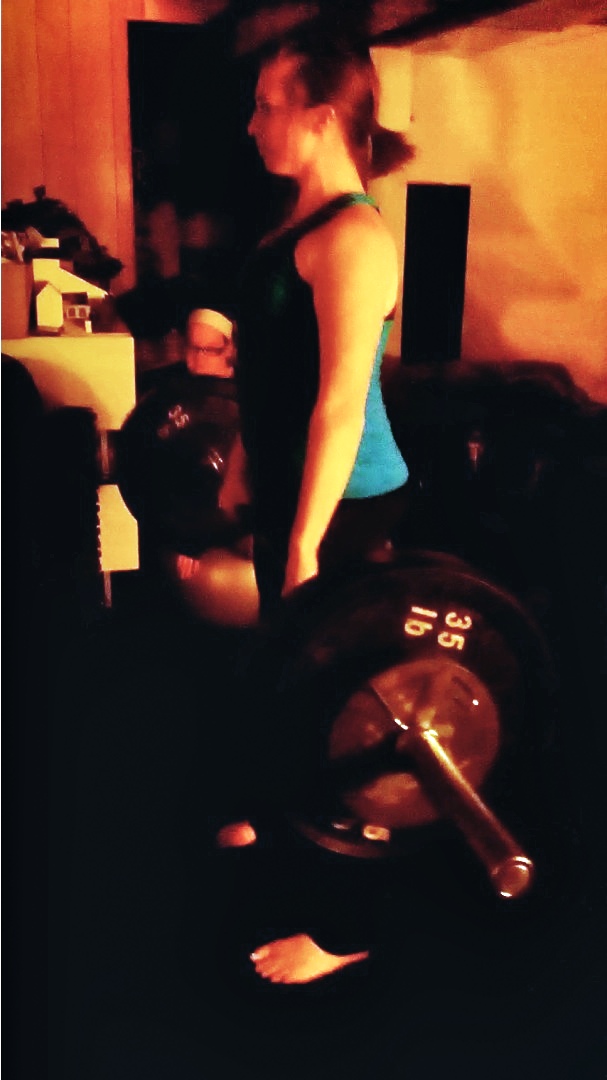