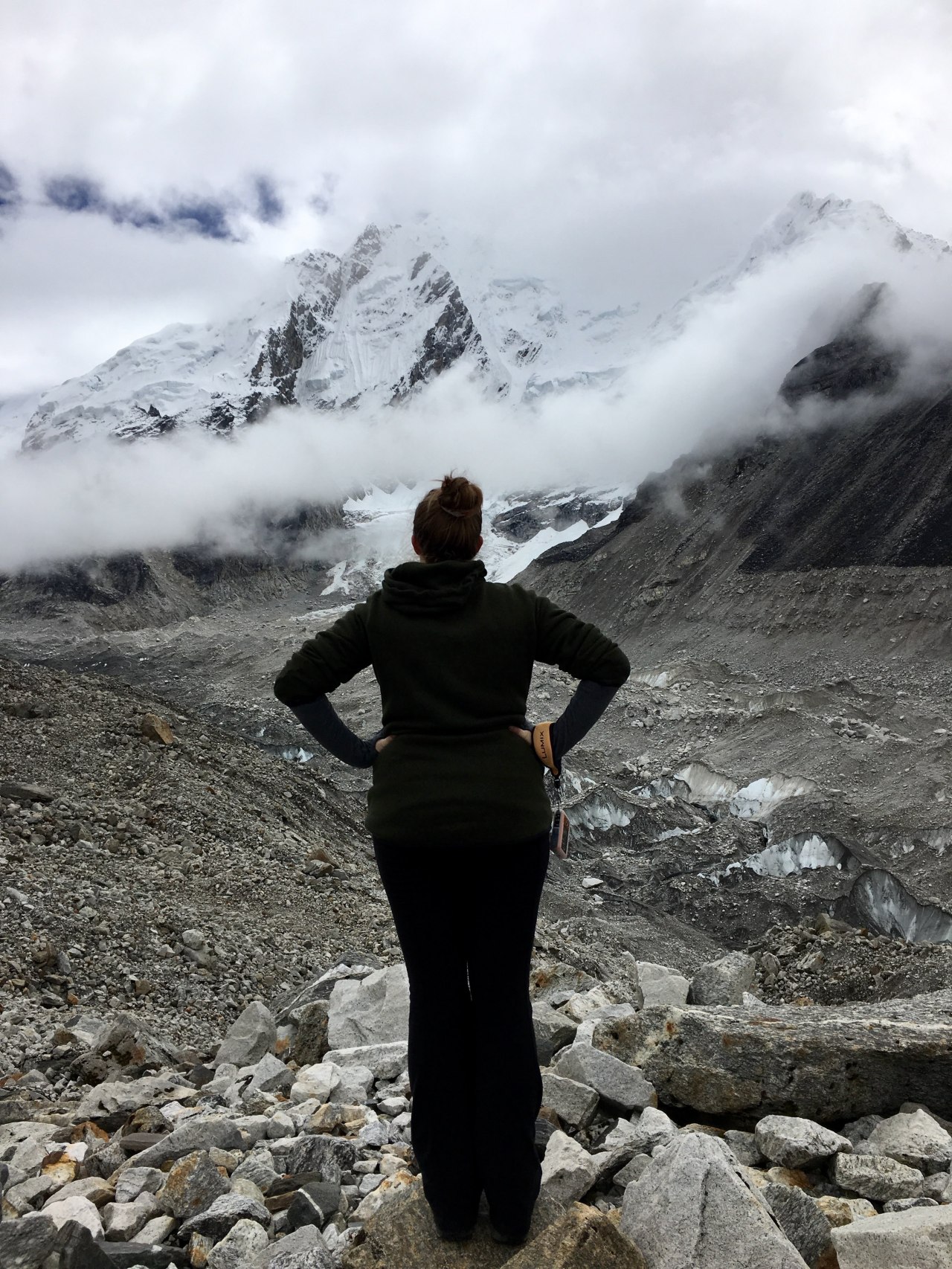 “As Carl Jung repeatedly declared, our goal is wholeness, not perfection. People living soulcentrically are not untroubled or unchallenged. They are not beyond experiencing times of confusion, mistakes, and tragedies. They have by no means healed all their wounds. They are simply on a path to wholeness, to becoming fully human- with all the inevitable defects and distresses inherent in any human story and with all the promise held by our uniquely human imagination.”
― Bill Plotkin

“While archetypes may emanate through us for short periods of time, in what we call numinous experience, no woman can emanate an archetype continuously. Only the archetype itself can withstand such projections such as ever-able, all giving, eternally energetic. We may try to emulate these, but they are ideals, not achievable by humans, and not meant to be. Yet the trap requires that women exhaust themselves trying to achieve these unrealistic levels. To avoid the trap, one has to learn to say ‘Halt’ and ‘Stop the music,’ and of course mean it.”
― Clarissa Pinkola Estes

The last month or so has been one wild ride. Hitting a wall of extreme burn out (and simultaneously realize I have been existing in a baseline burn out for years) basically sums up my September (if you didn’t guess by the last darker then average post). After expansions in all directions through the summer, September brought me being out of my home province for 3/4 weeks of the month. At the end of the month I was privileged to attend my level 1/4 facilitator training intensive with Numa Somatics – which was absolutely transformative on a few levels.

Numa Somatics in a nutshell is a type of breathwork and psycho-somatic healing facilitation that came onto my radar in the Spring. As I journeyed through a few group/individual breathwork sessions over the course of the summer- I began to see major shifts in myself, and my curiosity grew.. leading to my enrollment in the facilitator training.

Rolling into 5 days straight of intensive training in this breathwork and style of facilitation both allowed me the space to shed the loads I’d been carrying around for months (and arguably years), and regain my willingness and inspiration around the grander scheme of things personally and professionally.

One of the big things I’ve been wrestling with lately is separating myself, or maybe a better wording would be teasing myself out of, from the brands/businesses I’ve built. Where I began the year wanting to delve into management work more, I’m ending it realizing that the parts I love deeply about my work is all the other stuff. The people, the healing, and the education. The drive to let go of the thing I innately love, and pursuing a more stereotypical measure of “success” optics in management was in some ways an attempt to prove myself.. and demonstrate impatience. What I thought would alleviate the burn out I linked back to client work, actually made the burn out worse. As I examined it’s roots through trial and error, it only began to shift as I delegated more, and was able to clear my head enough to work with clients on a level I thrive at more.

This professional balance is more of a spectrum, I think, but the question that began coming up more frequently for me was “who are you outside of management and client work?”. The more was asked to disassociate from either end of my professional spectrum, the more I found myself in an abyss of hats I’ve worn with dedication, but that I’ve always taken off to try a new hat on.

One of the realizations I had during this intensive training was that the growth of my business had been a coping mechanism from the process I went through around my last relationship/break-up and the year of 2016 that was just.. a year. The fuel I used to jetpack IM and RW forwards in their inaugural years no longer matches system- and as I’ve outgrown my energy source the relationship between myself and my professional vision became a bit toxic (hilariously this is the same way I felt as I began to separate myself from my last relationship). Along with this realization came the immediate release of the feeling I’d been struggling with for a few weeks at that point: feeling physically ill anyone someone brought up my business creations, or expressed admiration as to how well I was doing professionally.

To be freed of things that I’d been holding onto unconsciously all of a sudden shone a light on the path forwards. Much of that path focused on simply being present each day, and refocusing inwards in more ways.

The past few weeks/months I’ve come back to the feeling I had between 3700masl-5500masl during the Everest Base Camp trek (another addition to the year that was 2016). I wanted to quit. Desperately, wholly, and frustratingly. A day away from the peak of the trek I almost did call it quits. Physically, mentally, emotionally I was depleted. However, a voice somewhere deep inside kept repeating “you need to finish this to remind yourself to persevere later in life”. 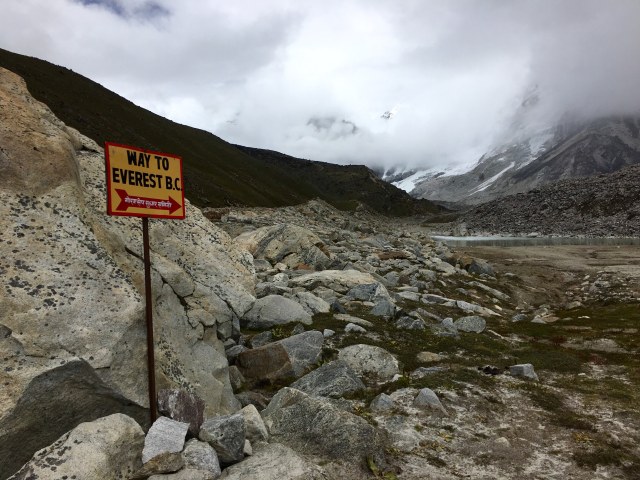 One of those things I come back to, routinely lately, where I’m faced with things arguably much less daunting then Mt Everest, and I have quite literally no excuse not to carry onwards.

I came into fall seeking balance. I am sinking into fall with the knowing that balance cannot be found through desperation. As I sit in each moment I’ve been overwhelmed with reconnection to the community around me, the opportunity surrounding me, and most of all, a new connection to self.

The instructor of the breath work course and I came to the discussion of the age old question “who am I” in a conversation after the level 1 training had wrapped. While the different tangents of that question came up, I couldn’t help but think that maybe it was less about figuring out a direct answer to that question and more about letting go of the various hats I’ve jammed on in an attempt to summarize myself over the years. It’s not that who I am hasn’t been defined by the hats I’ve worn, it certainly have, and I like all those hats. However, who I am is also likely a dynamic state. It would be impossible to describe the essence of me with one outfit, phrase, or descriptor.. And desperately looking for an answer to that question through more endeavors or relationships wouldn’t solve the deeper feeling and question either. If anything this approach just continues to muddy the water with newly styled hats.

The more I’ve committed to no right answer to the feelings emerging and the changes happening, the more I’ve felt freed and able to let go. If the process I realized I needed was letting go, similarly to finding balance, neither is accomplished by a fixated approach. Reconnecting with the basics (like cooking, taking care of myself, spending time with myself and in my body) and prioritizing my schedule around things like yoga, meditation, riding, and time at home has, in just a few weeks, in combination with the breathwork, entirely revitalized how I feel about my work and how I’m able to apply myself.

On a larger perspective, it’s simply given me the opportunity to reconnect myself. Each day. With whomever is present. If building a business comes down to consistency, persistence, and a solid foundation of values.. building a life is not much difference. I’m feeling lately as though I’m just beginning to step into a new phase, one of tossing old hats, of a larger perspective, balance, and right now.. the basics.