What an amazing week!

It started out quite dreary and grey coming on the train from Christchurch to Greymouth. Actually it stayed pretty gross the whole two days I spent in Greymouth. Made for some pretty cool sea shots though, here’s a preview. I’ll upload more later on! 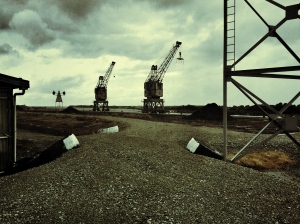 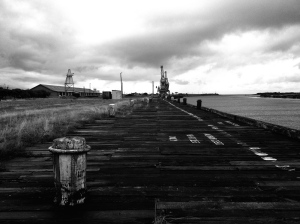 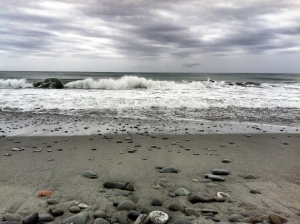 I left Greymouth on Thursday and headed down the coast to Franz Josef. A very quaint little mountain town- it basically exists to cater to the tourist who come in to see the Glaciers. Me, being one of them. I did the full day Franz Josef Glacier hike on Friday. Probably one of the single most physically exhausting things I’ve ever done- but also one of the most amazing. This is definitely a must do for anybody travelling in New Zealand. Before we even got onto the Glacier itself, we were surrounded by huge moutains with waterfalls coming down from everywhere and a beautiful glacial river to one side. It looked like Avatar, with a giant chunk of ice in the middle. Then after climbing past the terminal face of the Glacier, we strapped on our spikes (crampons) and started trekking up the ice- using ice stairs carved by our guide. It was quite rainy during our ascent. So rainy infact it managed to kill my phone which was wrapped in plastic, twice, and wrapped in two sweaters in a backpack. Although the weather was disgusting- it was still absolutely breathtaking to be surrounded by such a huge natural force. Everyonce in a while you’d hear what sounded like thunder- this was ice breaking off underneath the glacier and falling into the river of melt water and rain. When we reached as high as we could safely go that day, and turned around, the clouds all of a sudden (literally within a minute) disappeared and the sun came out. This turned the ice into a brillaint field of sparkling turquoise and crystal. Again, absolutely breathtaking. After we made our way back to the base, I enjoyed a lovely complimentary soak in the hot pools and then settled into my nice warm bed at the hostel and slept quite soundly. I have lots of pictures, but no way of uploading them so you’ll just have to wait!

After spending the next two days wandering aimlessly around Franz Josef- I hopped on a bus to Queenstown. This is definitely one of the best 6.5 hour drives I’ve ever seen. The scenery was unbelievable. I can’t even begin to describe how awesome it was. Basically watch Lord of the Rings, then watch Avatar, and then combine the epicness of the scenery in those two films- and you’ll come close to having a good idea of what I saw. I got into Queenstown at about 8pm that night, and was immediately in love with the place. I also immediately regretted my decision to not spend too long there. Before seeing it I figured that it was just a tourist town, with not much to it. And, to be fair, it is just a tourist town. But it’s so adorable! And the views you can get from just standing anywhere are incredible. Surrounded by the Remarkables and on the edge of the lake- Queenstown provides even the brokest of travellers with sights of a lifetime. My first evening there, after dropping of my bags (at a less then mediocre hostel- “Base” hostels are kinda grody. Avoid.), I headed down to the lake front to just explore. There was people from all over the world, all ages, all backgrounds, just hanging out enjoying life. I sat on the beach and listened to a busker called “The Piano Man” while watching the paragliders float down and land on the sand. The scene I was looking out on as the sun sunk behind the mountains over the lake? The same scene you see in the Lord of the Rings movies when Bilbo sails away into the sunset. Literally. Same place. Magical. The next morning came bright and early and I was on a bus out to Milford Sounds. It was a very long day- over 10 hrs on a bus, and 2 hrs on a boat- but, oh man, so worth it. The drive down (5 hrs) took us through Fjordlands National Park. Once you get out of Te Anau, on the way, you see the last of the farms and civilisation drift away and you’re left in the middle of stunning mountains and valleys. Completely beautiful, and I hope to one days see it in the winter as it would be equally as stunning covered in snow. We drove though thick native beech forests, through huge valleys and even through a mountain in a very long tunnel. I hate tunnels. They always sketch me out. Didn’t help that we had just been informed that this area has over 1000 earthquakes per MONTH. Nonetheless, as you come out of the tunnel you’re posed with fantastic views of the valley as you go down switchbacks towards Milford Sound. Worth the 5 minutes of darkness, I’d say. Once we got to Milford, we were loaded onto a boat and taken on a cruise around the Sound. Again. Avatar + LOTR. That’s the best way for me to describe it without pictures (which are coming soon). We got back into Qtown at 8:30pm and it was time for me to try the world famous Fergburger. If you’ve never heard of it. Google it. It is everybit as amazing as people say. I made a complete mess of myself in the process of eating it. But it was so good, I couldn’t form thoughts, other then “oh my good god”. It’s definitely a must do for everybody before death. It fixes all problems. Kay, maybe not all problems. But it’s a damn good burger.  After that, to further my fat intake for the day, I got some gelatto and watched the stars come out over the lake.

This morning I got a bus and headed to Alexandra- where I am currently. Still not sure what I’m going to do for the next while. Haven’t made any more travel plans- I might just hang out here for a bit and visit with the family that’s here and in Christchurch before heading back north. Much cheaper this way too. Saves lots for me to see for next time I’m this side of the world 🙂